The short funny jokes and assorted humor on this page may induce fits of covert snickering. Then lead you to even more pages of Short Jokes, T-shirts, Bumper Stickers, Tombstones, Funny Signs, and enough other hilarious stuff to keep you splattered for hours. 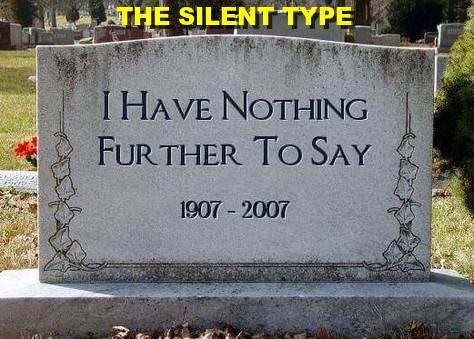 Lester Moore's body lies in Boot Hill Cemetery in Tombstone, Arizona. He was a Wells Fargo station agent in the cowboy days of the 1880s:

Here lies Lester Moore
Four slugs from a .44
No Les No More.

Anna Hopewell's family had a sense of humor. Her grave is in Enosburg Falls, Vermont :

Here lies the body of our Anna
Done to death by a banana
It wasn't the fruit that laid her low
But the skin of the thing that made her go.

Somebody had a good time with Owen Moore's name on his headstone in Battersea, London, England:

Owen Moore
Gone away
Owin' more
Than he could pay.

A woman complained to her husband that all he did every weekend was sit around watching and betting on sports. “The least you could do is spend some quality time with your daughter instead of wasting all this time and money gambling.”

So she was shocked and delighted to come home from grocery shopping one Saturday afternoon to find her daughter smiling and excited.

“Daddy took me to the zoo today!” the daughter exclaimed.

“That’s so nice, honey. Did you see lots of animals?”

“Yes, and guess what? One of them even paid twenty to one!”

Walking into his doctor’s office, a man is nearly knocked over by a hysterical nun running out of the exam room.

“Not much,” says the doctor. “I told her she was going to have a baby.”

“Hardly,” replies the doc. “But it took care of her hiccups.”

Hang up and drive!

Change the world - use your turn signals.

Not too close. I’m not that kind of car.

The funeral service at the grave site had just ended. Suddenly, there was an ear-shattering blast of thunder, then a gigantic, scary flash of lightning. A second later more booming thunder came rolling over the hills.

The husband of the deceased wife looked over at the minister and remarked, “Sounds like she’s there.”

A married woman returns home late one evening and silently walks into her bedroom, not wanting to wake her husband.

From under the bedspread she sees four legs instead of two. She grabs a golf club and starts beating on the bedspread with all her might.

When she's spent her anger, she staggers to the kitchen for a glass of water.

She walks in and sees her husband standing at the counter.

"Hi Honey," he says. "Your sister and her husband have come for a surprise visit, so l gave them our bedroom. Did you say hello?” 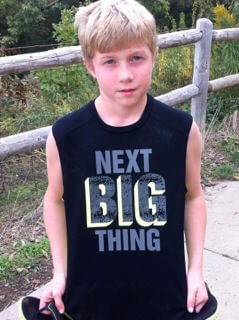 YOU CAN’T CHOOSE YOUR FAMILY
But you can choose to turn them in for the reward.

Here I am!
What are your other two wishes?

Leavenworth is a gated community.

Go back to the Home Page: