Retirement jokes for the career-less and fearless. Because you're never done till you stop having fun. Fill the golden years with funny quotations, funny sayings, and hilarious jokes. 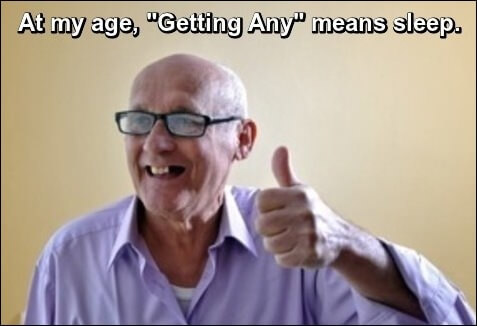 A busload of retired Americans was touring Switzerland. On the third day, they visited a farm known for its excellent quality goat cheese.

The young farmer’s wife gave them a tour, a cheese making demonstration, and finally some samples. As the retirees were tasting the cheeses, she pointed to a pasture full of goats.

She said, “This is a special pasture where we let our older goats graze happily after they can no longer give milk. In the United States, what do you do with your old goats?”

An old lady piped up, “Honey, they take us on bus tours.”

The wife and myself had come to town to pick up a few things. We came out of one store and saw a cop writing a ticket for illegal parking right in front of us on the curb.

So we asked him nicely to give a couple of retirees a break. But he paid us no attention and kept writing.

Just loud enough for him to hear, my wife said, “What a Bozo.”

The cop looked up, stared at my wife, then started writing out another ticket.

I said, “Honey, this guy probably just learned to read and write, and he’s so proud of himself, he’s showing off.”

The cop tore off the 2nd ticket and started on a third.

We kept making comments and he kept writing tickets till he was up to about half a dozen.

Finally, glaring at us, the cop left, and we walked on down the street. We didn’t care about the tickets. We always take the bus into town, and anyway, that car was one of those obnoxious Hummers.

Being retired, we always try to find ways to keep ourselves amused. We feel it’s important. 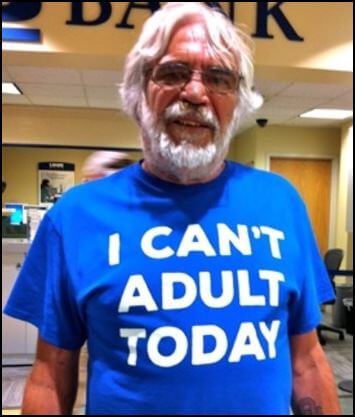 In order to help jump-start the U.S. economy, the INS has announced that this year they will stop focusing on illegal aliens, and begin the deportation of retired people.

It's predicted that this will not only help lower health care entitlement costs, but it turns out that retirees are much easier to catch.

Plus, they rarely can remember how to get back home.

Last week at Walmart I had a big bag of Happy Dog Chow in my cart, and as I passed a woman shopper she asked me if I had a dog.

What did she think I had, a giraffe?

Well, I’m retired and always on the lookout for fun, so I told her I didn’t actually have a dog, but I was starting on the “Happy Dog” diet again.

“It’s really simple” I said. “You just keep your pockets full of Happy Dog chunks, and every time you feel your stomach rumble you just pop a couple in your mouth. It’s nutritionally complete, has lots of fiber, and last time I lost 25 pounds.”

A few more people had stopped and were listening by this time, and they all seemed mesmerized. When you live long enough to be retired, you realize people will believe anything if you make it interesting.

So I really cranked it up and said, “Even though it worked great and I lost weight, I’m not sure it’s a good idea, because last time I wound up in intensive care.”

The woman opened her eyes wide and asked, “Were you poisoned by the dog food?”

“No,” I said. “I ran into the street to sniff a Golden Retriever’s butt and a motorcycle slammed into me.” 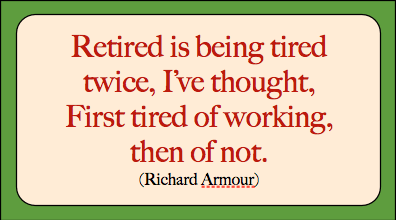 After 45 years at the company and ready to retire, the boss walked into the office on his last day of work. He didn't notice his zipper was down and his fly area wide open.

His long-time assistant walked up to him and said, “This morning when you left your house, did you close your garage door?”

The boss said he knew he'd closed the garage door, and walked into his office puzzled by the question.

Later, as he checked himself in the office mirror before his final lunch in the company cafeteria, he noticed his fly was open, so he zipped it up. Then he understood his assistant's question about his 'garage door.'

He headed out, paused by her desk, smiled, and asked, “When my garage door was open, did you see my stretch limo parked in there?”

Or go Back from "Retirement Jokes" to the Home Page: "Funny Jokes, Funny Quotes, Funny Sayings"