With MilkSnort! you get to laugh. A lot.

It's the joke game where everybody gets to be funny

The secret: MilkSnort! jokes are really funny, and non-offensive.

* Scroll down for more reviews and testimonials...

Why MilkSnort! The Joke Game Is So Much Fun 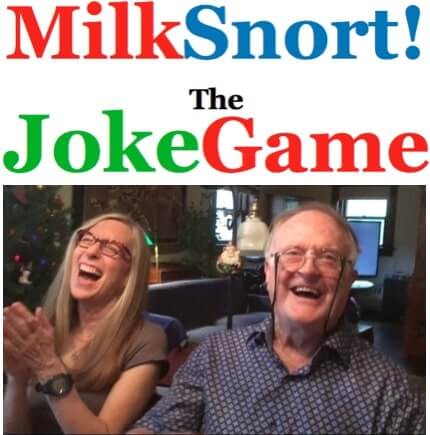 We all love to laugh. And we all like to be the laughter instigator. But sometimes we just don't know how. Not everybody is born a comedian.

One of the easiest ways to get people laughing is a great joke. But 90% of us can't remember jokes, or we forget the punchlines. So most of us rarely - if ever - get to experience telling a funny joke and making everybody laugh.

But as a professional joke teller, I've discovered something terrific:

Just about anybody can read a joke out loud, and if it's a great joke, it'll be funny!

MilkSnort! The Joke Game is the one game where everybody not only gets to laugh, but everybody gets to be funny!

How many other activities can say that?

You could pay a comedian $3,000 to come to your party and you still won’t laugh as hard or have as much fun as MilkSnort!

We all love to laugh. And we all like to be the laughter instigator. But sometimes we just don't know how. Not everybody is born a comedian.

One of the easiest ways to get people laughing is a great joke. But 90% of us can't remember jokes, or we forget the punchlines. So most of us rarely - if ever - get to experience telling a funny joke and making everybody laugh.

But as a professional joke teller, I've discovered something terrific:

Just about anybody can read a joke out loud, and if it's a great joke, it'll be funny!

MilkSnort! The Joke Game is the one game where everybody not only gets to laugh, but everybody gets to be funny!

How many other activities can say that?

You could pay a comedian $3,000 to come to your party and you still won’t laugh as hard or have as much fun as MilkSnort!

The current version is a digital pdf. It only takes about a minute to buy and download. Each time you play, you can print out only the jokes you want, or open the pdf on your device, pass it around, and share them that way.

It's also perfect for Zoom games (see below).

Both versions come with simple instructions and tips for having the most fun.

How To Have A Hilarious Zoom Party - it's easy:

MilkSnort! The Joke Game Is A Terrific Value

What other game can you play that:

As the game goes on, the laughter builds and builds.
Each person wants to be next. 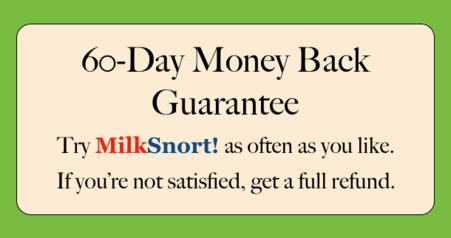 What People Are Saying About MilkSnort! The Joke Game ...

“This was the most fun we’ve ever had at one of our dinner parties!”
- Craig Hoover, KC MO

"Playing MilkSnort! at our annual conference was one of the funniest and “funnest” events I’ve ever attended. One of the highlights was watching people who were NOT natural joke tellers light up as they read a joke to the group and got a big laugh. Great fun!"
- Verne Brien, Topeka KS

I love MilkSnort! We had a group of church folks for dinner on Thanksgiving, and besides our gratitudes we shared jokes! So much fun!
- Jane Hiatt, Bend OR

My family played this game last year at our Christmas get-together. Even though we agreed to play only one round so we could get to our traditional movie watching, we ended up playing 4 rounds because each round was sillier and made us laugh harder. Who knew some of our "reserved folks" were so hilarious!
- Dr. Carol Cole, Asheville, NC

“This game changes you. It's really fun to hear everybody laughing together. After hosting my own joke party, reading the jokes beforehand then hearing them read out loud, I found I had effortlessly learned six new jokes, increasing my funniness reality! I can’t wait to do it again. I’m going to try it out with my ESL students too.”
- Miriam Corneli, New Mexico

** Scroll down for more testimonials **

MilkSnort! consists of 97 great jokes that are not sexual, sexist, or ethnic. They're non-offensive, and they're funny to everybody over the age of 15 who speaks English.

Each of the jokes is a fun, clever story, from a quarter-page to a full page. Each joke has at least one great punchline.

It took months of combing through my files to assemble this collection.

It's easy to play:

Each person gets to tell a very funny joke (or several) and make the whole group laugh.

Have A Question?  Need More Info?

Use my easy Contact Form. I'll get back to you asap.

How MilkSnort! The Joke Game Was Born 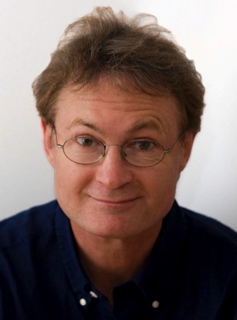 Every holiday season, I get together with 11 other friends for a big dinner. Last year it was my turn to host. I had a lot of food to cook, so I wanted to come up with a NEW activity that was easy, different, fun, and didn't take a lot of time to prepare.

I've played quite a few funny games in my time, but I've never laughed as much as when I've been swapping jokes with other people. They're some of the most fun times of my life.

But my dinner party guests were not normally joke-tellers. So I hit on the idea of printing out a holiday joke for each of them to read out loud. Then I folded each joke into an envelope, and wrote a person's name on each envelope, so they were personalized.

After dinner I announced that I had a joke for each of us to read out loud, and gave each person their envelope. Then we took turns reading them around the table.

I had NO idea if this would go over at all. It was a total crap shoot.

To my surprise - to my absolute amazement - it was a huge hit! We all laughed our heads off for about 40 minutes and had a great time. Not only that, afterwards several people said this was the most fun holiday dinner we'd ever had!

Really! Our most fun dinner ever! Just from reading jokes!

I started to realize it's not the person's joke telling ability that matters. It's the joke!

A couple of months later I had the opportunity to host a breakout session at a science conference. I named the session "Joke Party." I announced to the whole conference that my breakout session was simply sharing jokes. And since most people can't remember jokes, I had plenty of jokes for everybody. So everyone would get to tell a joke.

I invited anyone who wanted or needed to laugh.

This was a small conference - 100 people - and there were five other breakouts at the same time as mine, so I had no idea if anybody would come.

(This gives you some idea of the need for laughter.) There was no time to print out any jokes, so we passed around my laptop and took turns. We told jokes for an hour and a half, and everybody got to tell about 3 or 4 jokes.

The response was amazing.

Many people said that this was the most fun they'd ever had at this conference, and we should do it every year!

As somebody who really enjoys games, I realized I had discovered a completely new one.

Since then, I've tested this many more times with other groups. I can tell you this for certain: as long as you use the great jokes in MilkSnort! The Joke Game (and minimize any distractions), it's a ton of fun. It works like a charm. It's a blast.

What People Are Saying About MilkSnort!

We played your MilkSnort game at Christmas and it was such a hoot! I am hosting another party on Valentines and plan to use more of them.  Thanks so much for this wonderful idea!
- Lucille Olson, Lansing MI

We had so much fun - and with MilkSnort, nobody ever forgets the punchline!
- Tina Hoover, Kansas City

We love our box of MilkSnort Jokes and pull it out many evenings. This is great material! Thanks for your work on this.
- Michael and Mary, Bloomington IN

I bought MilkSnort and have had two smash hits with it.  I took a bunch of them to a dinner group I belong to. We just busted a gut at the dinner group!
So I took a big bunch of them to a Quilter's Christmas party. There were about 75 people there and I wish you could have heard them!!  It was so much fun. It was a great party and wonderful entertainment.
Thank you Greg, for sharing.
- Maggie Kelley, Topeka KS

I never thought I was a funny person. Then I joined Greg’s joke telling and FUNny making event. Well, it turns out I do know how to tell jokes! What a blast to be FUNNY! Thanks Greg. My endorphins and I are grateful.
- Bethany Hays, MD, Portland ME

We played a few rounds of MilkSnort last weekend at a family reunion and it really was a hoot. So fun to laugh together with my crazy relations. It was so much fun that I decided I needed to buy another copy for one of my daughters. Love your game, thanks for the laughs!!
- Lucy T, Kansas City

I took MilkSnort the Joke Game to a beach weekend with a group of 6 women friends. We played it one evening - the laughter was so great! They decided the answering machine message from the refrigerator was the most fun. I thought so many of your jokes were terrific, but that one just tickled a lot of funny bones! MilkSnort was well worth buying and I’m sure I’ll use it again. Plus it would also make a great gift!
- Jan C. in Portland OR

LAUGHTER IS THE BEST MEDICINE!  Laughter reduces stress by releasing the “happy” endorphins in the body which keep us healthy.  MilkSnort! is a catalyst that brings people together, opens communication, promotes camaraderie, enhances teamwork, and leaves all players uplifted and ready to tackle 'life stuff'.  When I recall playing the game, I still laugh.
- Carol Snarr, RN, BA, Psychophysiologic Therapist