Whether you see your brain as half empty or half fool, these April Fool Jokes, pranks, and one-liners will help you find maximum fun and foolishness.

The first of April is the day we remember what we are the other 364 days of the year.
- Mark Twain

I’m a fool everyday. It’s just on April 1st I can celebrate it.
- Melanie White

I put bacon bits in my husband's pocket. He told the dogs to get down six times in the last minute. Don't mess with a creative woman who's bored.
- Debbie ‏@gizzydebbie

Here cometh April again, and as far as I can see the world hath more fools in it than ever.
- Charles Lamb

There are two types of April Fools’ Day pranks: the funny ones, and the ones played on you.
- Melanie White

On April Fool's people are tricked into believing things that aren't true, which kind of makes it a religious holiday.
- Andy Borowitz

I'm not allowed to do April Fools' pranks since the infamous "You're adopted” lunch note of 2014.
- Simon Holland‏ @simoncholland

This year things are so fucked up April Fools will officially be extended by one day.
- Albert Brooks‏ @AlbertBrooks

There's no escaping the fool in the mirror, so you may as well learn to laugh.
- De Nada Donna‏ @Donna_McCoy

Pro Tip: Anytime your wife asks you to do something on April Fool’s Day, say “You can’t fool me!” and don’t do it.
- Boyd's Backyard™‏ @TheBoydP

The real April fools are the ones who never joke around.
- Melanie White

Fool me once, shame on you. Fool me twice, how will I know?
- David Michael‏ @InsouciantMan

For every "I'm pregnant" April Fool's joke I'm replying "It looks like you put on weight."
- Dan‏ @Social_Mime

It's better to keep your mouth shut and be thought a fool than to open it and have bad breath as well.
- Darlin' Darla‏ @Darlainky

If every day were April Fools maybe people would stop taking life so seriously.
- Melanie White

1. The BBC fooled their viewers in 2009 by producing a video that showed penguins flying north to South American rainforests in order to escape the harsh Antarctic winter. (Penguins can't fly.) 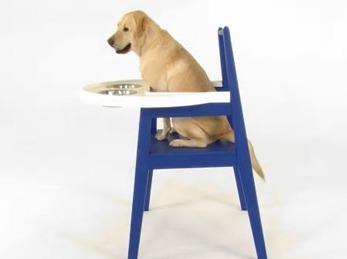 2. In 2011, Ikea fooled its furniture fans by announcing it was manufacturing a new high chair for dogs.

3. Every year since 1986, New York City has issued press releases for the April Fools' Day Parade. It doesn't exist.

Three Harmless Pranks You Can Try

1. "Excuse me, I can't hear you." - Place a little piece of clear tape over the speaker part of the office phone handset and watch the person get annoyed at the caller. For more fun, remove the tape for a while then stick it back. Continue this on and off throughout the day.

2. The old flip screen routine - Click Ctrl+Alt+the down arrow and the display will flip vertically and the mouse controls with it. This is impossible to undo unless you know the secret command which is the same, but with the up arrow instead.

3. Out Of Service - Put "Out of service" on all the toilet cubicle doors. Watch while your colleagues panic. You can add to the chaos and put the same signs on the elevator doors too.

People should not worry about Trump, it’s all going to work out...... APRIL FOOLS!
- Albert Brooks‏ @AlbertBrooks

Some see my brain as half empty but I see it as half fool.
- John Lyon‏ @JohnLyonTweets

Joke's on you, April Fools' Day. I can be fooled any day of the year.
- stabbatha christy‏ @LoveNLunchmeat

April Fools is just another way of saying, “Smile, you’re on candid camera” – only without the camera.
- Melanie White

Having April Fools Day on Easter is great because making all your friends think you were dead for three days is a pretty epic prank.
- Parker Molloy

If the fool would persist in his folly he would become wise.
- William Blake

April 1st is like St. Patrick’s Day. People don’t remember it until they’re either getting pinched or punked.
- Melanie White

The person who named practical jokes definitely had a sense of irony – since they’re usually neither practical or funny.
- Melanie White

Only in America do we have a day to celebrate fools but not one to honor smart people.
- Melanie White

They should combine April Fools with Groundhog’s Day. That way people who don’t want to be tricked would never have to get out of bed.
- Melanie White