Very Short Jokes
That Remain In Your Brain

Very short jokes. Hilarious stuff that has the added advantage of being easy to remember. So if you suffer from joke disability (the inability to remember jokes, which makes them a lot harder to tell), these very funny jokes will stick in your brain like dog hair on a wool suit. 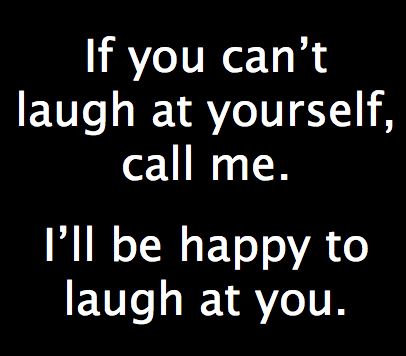 Two atoms are walking down the street. The first one sees the second and says, Hey, what’s the matter? You look a little down.”

The second one says, "Yeah, I lost an electron."

The first one asks, "Are you sure?"

A guy rear-ends another car with his car. The other driver gets out of his car, and he turns out to be a dwarf.

The first guy feels bad about the accident, but for some reason this just cracks him up. The dwarf stomps back to the first guy’s car, turns red in the face, and says, “I AM NOT HAPPY.”

The first guy can't help himself, and says, “Okay then, which one are you?”

After a big argument with his wife, a guy goes for a drive to cool off, and calls his best friend.

“Another one?” says his friend. “So how did this one turn out?”

“In the end, she came to me on her hands and knees.”

“Get out from under that table, you little chicken.”

A man stops by his banker’s office and says: “I’d like to have my own small business. How do I go about that?”

“That’s easy,” replies the banker. “Just buy a big one and wait.”

The teenage girl looked at the nutrition label on a bag of chips, and said, “Oh no, these are loaded with saturated fat. The label amount just says Omg!”

Her boyfriend grabs the bag, reads it, and says, “That's zero milligrams, not Oh My God!”

Very Funny Jokes: What Was Gandhi?

Mahatma Gandhi went around barefoot quite often, and eventually his soles turned very tough and thick. Of course he also was a devout Hindu.

Later in life he also fasted a lot, becoming thin and frail-looking, and fasting tends to give a person horrible-smelling breath. 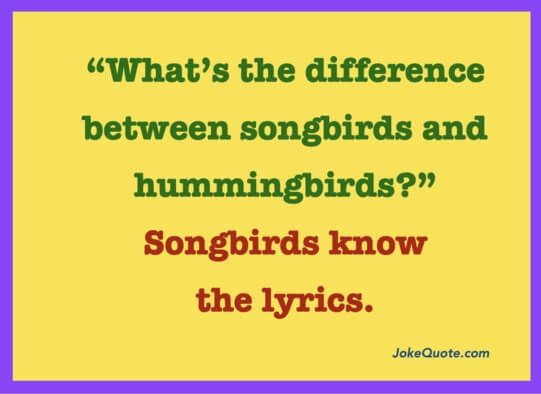 I went outside for some air and there was my Egyptian friend Mohammed outside his front door shaking a carpet.

I yelled, "What's the matter, Mohammed? Won't it start?

All my aunts used to harass me at weddings. They’d poke me in the ribs, cackle, and say, "You're next!"

They gave that up after I did the same thing to them at funerals.

Whenever a checkout clerk asks me if I want paper or plastic, I just say, "Doesn't matter. I’m bi-sacksual."

Morning In The Cemetery

On the way to work I took a shortcut through the cemetery, and there was a homeless guy crouching down behind a gravestone. So I said, "Morning."

He said, "No, just having a bowel movement."

A guy and his girlfriend are arguing about “mixed emotions.”

The guy insists it’s an absurd concept. He bets her that she can’t tell him anything that will make him feel happy and sad at the same time.

The girlfriend accepts the bet, then says, “Among all your buddies, I can say for sure you're the best in bed.”

All the nuns were called together by Mother Superior for a special meeting. “I have something to announce,” she said. “We have a case of gonorrhea in the convent.”

A young novice in the back whispered to her friend, “Praise the Lord. I’m getting so bored with chardonnay.”

Go Back from "Very Short Jokes" to "Short Funny Jokes"