Extremely funny jokes? If your sense of humor is as warped as mine, you’ll find your mind inclined to be amused by the outrageous stuff on this page. Hopefully you'll have an extremely good laugh. Enjoy!

For several weeks a man lay in a coma. His loyal, loving wife had spent every single day and many nights in his hospital room. Then one day he came to. He opened his eyes to see his wife at his bedside.

They looked at each other, and he croaked in a hoarse voice, “Mary.”

"My God, Mary, I just realized something,” he said. “You’ve always been with me in the tough times. When the corporation laid me off, you were right by my side. When my own company went bankrupt, you stood by me. When I was mangled in a car wreck, you were right there. When the house burned down, you were here too. When my heart started to give out, you were still by my side. You know what?"

"What, Darling?" she asked lovingly, her heart brimming with warmth.

Johnny was playing with his new electric trains in the den. From the kitchen, his mom heard the train come to a stop and Johnny announce, “All you s.o.b.'s getting off here, get your butts off now. And all you s.o.b.'s waiting for the train, get the hell on board now. We got a damn schedule to keep.”

Mom was stunned, and stormed into the den, breathing fire.

“Johnny! You know we don’t talk like that in this house! I have a mind to wash your mouth with soap. Now get to your room and I don’t want to hear one peep out of you for two hours. You can think about what you said. After two hours if you’re sorry about your language, you can play with your trains again."

After a few minutes, the train stops and she hears Johnny say, “Okay folks. We’ve reached the station. Please exit in an orderly manner. All you folks waiting for the train, hurry and take your seats.

And anybody who’s pissed off about the two-hour wait, see the bitch in the kitchen.”

Car Dealer Of The Year 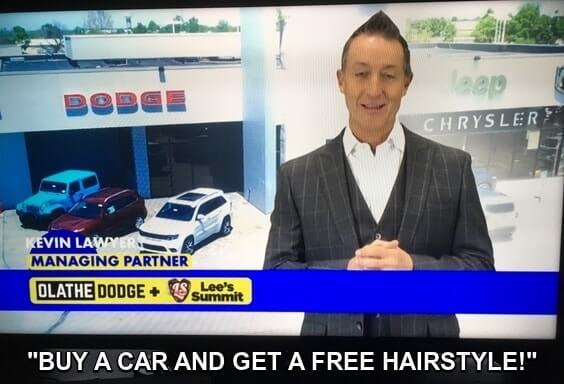 A boy heads off to college with enough money from his parents to get him through the semester.

But  he spends his nights playing poker, and by the end of September he’s lost all the money his parents gave him. So he comes up with a plan and calls his dad.

“Dad,” he says, “they have a revolutionary new program here that teaches dogs how to talk. I think we should enroll Rex. He’s already a smart dog.”

His dad says, “That’s amazing! Let’s do it! How do we get Rex in the program?”

So Dad sends the money and the dog. But by the end of October the son has lost all the money again.

He hatches a new plan. He calls his dad and says, “Dad, Rex is talking up a storm, and now they have a new program that can teach Rex to read.”

The boy replies, “Just send me $2,500 and he should be reading by Christmas.”

So Dad sends the money. But by the end of November, the son has lost every penny. Soon his dad will find out that he's squandered all the money, and Rex can't talk or read. So he shoots the dog.

He calls home. “Dad,” he says, “I have some bad news. This morning during breakfast  Rex was reading the paper as usual. He looked over at me and said, ‘Hey, is your dad still embezzling money at work and spending it on that redhead over on 4th street?’”

The dad yells, “Dammit! I hope you shot that lying son of a bitch!” 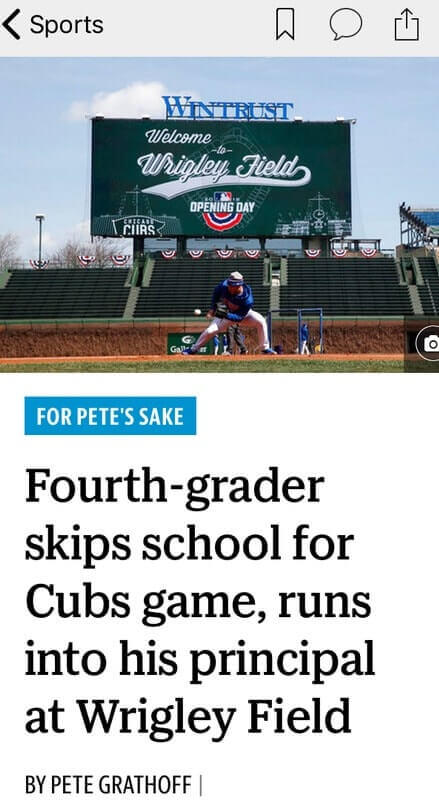 A couple of American girls were bicycling through Scotland.

As they pedaled through the countryside, they spotted an old man off in a meadow sitting against a tree. It was such a beautiful scene, they decided to walk out and take a picture. They parked their bikes and hiked over to the old Scotsman.

When they got there, he was sound asleep, sawing logs, oblivious to the world.

As they stood there looking at the old man in his tam and kilt, one girl started gigling.

“What is it?” her friend asked.

The first girl said, “Oh, I’ve just always wondered if it’s true that Scotsmen don’t wear anything underneath their kilts.”

Her friend replied, “Well, there may never be a better time to find out.”

So they crept up to the Scotsman, who was snoring loudly, and very carefully lifted up his kilt for a peek underneath. Their curiosity satisfied, they smiled at each other and gently lowered the kilt.

As they stood there, the first girl said, “You know, we’ve invaded this man’s privacy and he doesn’t even know it.”

Her friend said, “So what should we do?”

The first girl said, “I think we should leave him a little memento.”

And with that, she pulled a blue hair ribbon from her hair, lifted up the Scotsman’s kilt, and laid the ribbon softly underneath.

Then they hiked back to their bicycles and rode away.

Some time later, the old Scotsman started to wake up. He shook the cobwebs from his head and stretched his arms. Then he noticed he felt something strange underneath his kilt.

So he lifted it up, took a look, and lowered it. He scratched his chin, lifted up his kilt again, and said, “Well, Ah don’t know where ya been, Laddie, but I’m glad ta see ya won first prize.”

An Alaskan man’s wife was washed overboard in a storm on a fishing trip. A couple of days later two troopers knocked on his door.

"About your wife, sir, there’s been a development," one trooper said.

"Oh Lord! You found her?" the man asked.

The troopers exchanged glances. The second trooper said, "We have sad news, good news, and great news. Which would you like first?"

Doubting his wife could have survived, the shaken man replied, "Go ahead. Tell me the sad news."

"I'm sorry sir,” the trooper said, “This afternoon your wife's body was found in thirty feet of water in Norton Sound."

"Oh Lord!" the man cried. “How could there possibly be good news?"

The first trooper said, "When they pulled her up she had a dozen 20-pound king crabs, and a half a dozen big Dungeness crabs on her."

"They're pulling her up again tomorrow."

Favorite Joke of the Day Collection

Or go back from "Extremely Funny Jokes" to "Really Funny Stuff"

Or go back to the Home Page: "Funny Jokes, Funny Quotes, Funny Sayings""