Favorite Joke Of The Day Collection

Favorite Joke Of The Day Collection

The ones you missed: our Favorite Joke of the Day list. A big batch of our funniest free clean jokes. Don't consume while eating, unless you have a friend handy for a Heimlich. Bon appetit! (For current favorites, see the Home Page.)

An Amish Father and his little son were delivering some homemade jams and cheese to a new customer in a mall, while the wife waited outside with the buggy.

Having never been to a mall before, they were fascinated by everything they encountered, but mostly by two shiny metal walls that moved apart, revealing a little room, and then back together again.

“Do you know what this is, Papa?” asked the son.

The father had never encountered an elevator before, and replied, “No, son, I have no idea. I have never even heard of this.”

As they watched in fascination, a wheelchair-bound elderly woman rolled her chair past them to the moving walls. She reached out and pressed a button.

When the walls parted, she wheeled herself into the tiny room. Then the walls came back together and small numbered lights above the moving walls began to light up, one at a time.

The father and his son watched in awe as the lights then lit up one by one, and then again in reverse order. When the number one light lit up again, the walls parted, and a stunning young woman walked out.

The boy was wide-eyed and said, "Papa, did you see that!"

The father replied, “Go get your mother.” 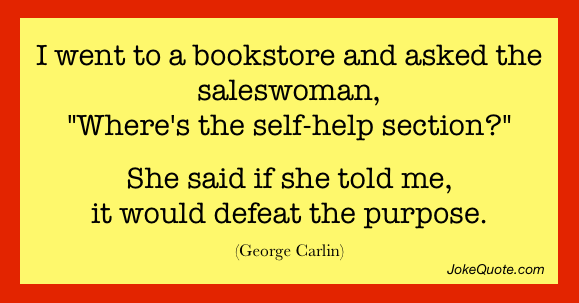 Boss: “What would you say is your biggest weakness?”

Boss: “I don’t think honesty is a weakness.”

Student: “I don’t give a damn what you think.”

A frog hops into a fortune teller’s tent and asks for a reading. The fortune teller agrees, then turns over the cards and says, “Very soon, a lovely young girl will become fascinated by you, and everything about you.”

“Wow,” replied the frog. “That’s great! Will we meet near the pond?”

“No,” said the fortune teller. “Next week, in her biology class.” 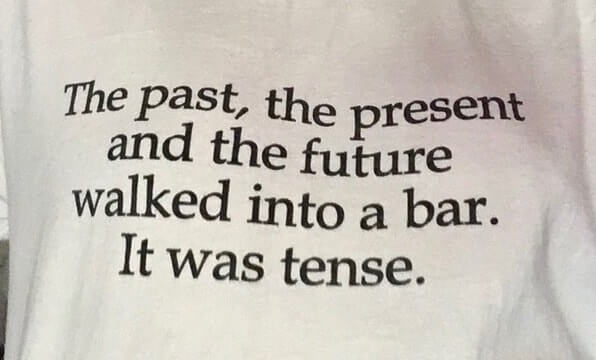 "You Talk Too Much"

A tired woman boards a commuter train after a long, hard day at work. A minute later a guy sits down next to her and pulls out his phone. He calls a number and begins talking very loudly.

Ten minutes go by and the guy is still yammering away in a voice that everybody can hear.

Finally the woman can’t take it any longer. She leans her head over to the guy’s phone and says, “Jerry, honey, stop talking on the phone and come back to bed.” 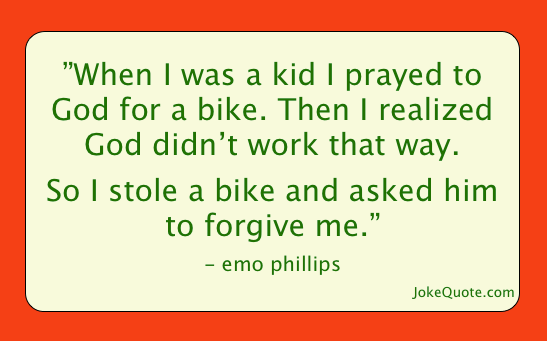 A man has a job in the circus, following the elephants around all day, shoveling their poop into a wheelbarrow.

One morning his best friend drops by and tells him, “Manny, I got great news for you. We need another guy at the great place where I work. We have an easy seven hour day, we get to wear nice suits, we deal with nice people, and we make great money. You can quit this job and move up the ladder!”

Manny looks incredulous and says, “Are you nuts? And give up show business?”

A man on the street hailed a taxi and got in. The taxi driver said, “Man, you’ve got perfect timing, just like Bob Kelly.”

The driver said, “Bob Kelly. He was always in the right place at the right time. If he needed a cab, for instance, he always got one in a second. Stuff like that always happened to Bob, every day, all the time.”

The man said, “Oh come on now. Everybody has at least a little bad luck, and a few shortcomings.”

The driver replied, “Not Bob Kelly. The guy was gifted beyond belief. Incredible athlete. Could’ve been a star on the PGA if he’d wanted to. Or played professional tennis. He could sing like Sinatra and dance like Fred Astaire. Played piano like Elton John. Truly an amazing person.”

“Sounds like one of a kind,” the man said.

“Oh that’s not all,” said the driver. “Never forgot a name, remembered everybody’s wife or husband, always had a funny quip and knew exactly what to say. He was a wine expert and had impeccable manners. He was even great around the house. Could do all the repairs in no time flat. Me, on the other hand, I try to fix a faucet and the whole kitchen floods. Not Bob. He did everything perfect.”

The man replied, “Really quite a guy. Wow.”

The driver continued, “Bob knew all the shortcuts in traffic, never got lost, never made mistakes. He knew how to make a woman feel important, treat her right. He was always interested in what she had to say. He was a great dresser, too. Knew how to look his best on any occasion. Nobody could ever compare to Bob Kelly.”

“Really unbelievable guy,” the man said. “So how did you get to know him?”

“Oh,” said the driver, “I didn’t know him personally. I married his widow.” 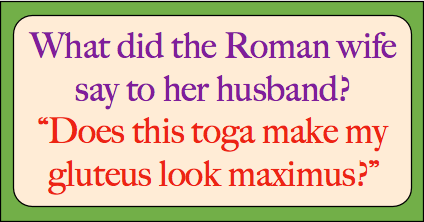 One Sunday morning in church it was time for the children’s lesson. The minister called all the children up to the front of the church and had them sit on the steps to the platform.

Then he announced, “Children, this is Resurrection Sunday. Do any of you know anything about the Resurrection?”

The kids all sat there silently and nervously, until finally one little boy spoke up:

“On TV they say if it lasts more than 4 hours you should see a doctor.”

Or  back to the Home Page: "Funny Jokes, Funny Quotes, Funny Sayings"