Electile dysfunction? Laugh it off with these Donald Trump jokes and funny quotes. The comedians are still in high gear, and cranking up the jokes for - who knows? - four more in '24. 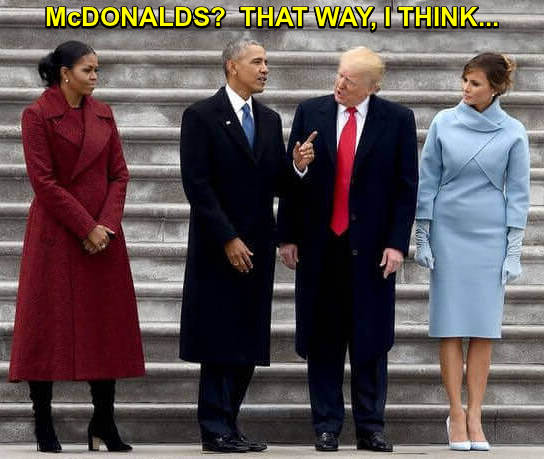 Of course Trump loves the violent part of football. He’s going to need as many brain damaged people as possible if he’s going to win in 2020.
- Jim Jefferies, after Trump criticized the NFL for restricting violent hits

Headline in the Borowitz Report (The New Yorker):
White House Rejects Supremacist Label: “No One Has Done More Than Trump to Prove White People Are Not Superior”

Am I worried about North Korea launching their nuclear weapon? Of course not. President Trump will be really mean to them with tweets.
- Michael ‏@Home_Halfway

Trump was asked if he was excited about Black Friday. He said, “Wait a minute, they get a day too?”
- Albert Brooks ‏@AlbertBrooks

It's ironic that Trump is unwilling to put his assets in a blind trust, given that blind trust is what got him elected.
- ♫ karl straub♩ ‏@karltstraub

I feel sorry for Melania Trump. She never wanted the political life. Plus the old gypsy lady said Donald would be dead by now.
- Jamie Tighe ‏@thejamietighe

Trump's presidency is going to feel a lot like when Elaine got to run J.Peterman. Only with a lot more human suffering.
- Anthony DeVito ‏@AnthonyDeVito

Thanks to @realDonaldTrump, my Canadian citizenship has made me LA's most eligible bachelor.
- Dave Weasel ‏@DaveWeasel

Is it just me or does it seem like Chris Christie keeps being placed in timeout by his drunk dad?
- Ashley Crem ‏@ashleycrem


Inventor of the Big Mac just died at the ripe old age of 98. Trump might be around for awhile...
- Greg Tamblyn

2016 is the year that "acceptance" has been removed from the seven stages of grief and replaced with "recount".
- Ashley Crem ‏@ashleycrem

Hillary's popular vote lead just passed 2.5M. I know how much this tortures Donald Trump, so don't retweet whatever you do.
- Randi Mayem Singer ‏@rmayemsinger

Clinton: 64.7 million
Trump: 62.4 million*
*Caution: Numbers are factual and have not been adjusted to accommodate narcissistic delusion.
- Mark Harris ‏@MarkHarrisNYC 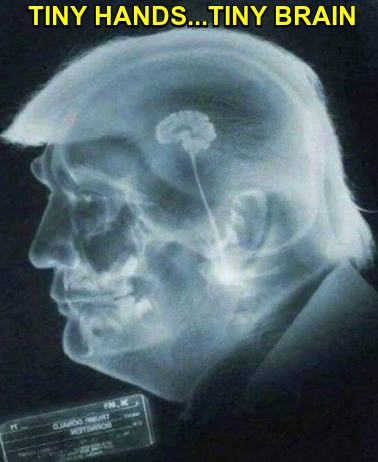 Trump: We are going to make America great again.
Native Americans: Sweet, so you are giving it back to us then?
- Grover ‏@XGroverX

2017: Assisting the president as he pursues his agenda is a crack White House team that includes Steve Bannon, Sebastian Gorka, Michael Flynn, Reince Priebus and Sean Spicer, all of whom will, in the coming weeks and months, disappear like teenagers in a “Friday the 13th” movie.
- Dave Barry

Throughout my life, my two greatest assets have been mental stability and being, like, really smart.
- Donald Trump

This is a country that I don’t want looking foolish, and it’s not going to look foolish as long as I’m here.
- Donald J Trump

The Brazilian ambassador meets with Donald Trump, and offers him 50 Brazilian soldiers to help with the fight against terrorism. Trump says, “That’s fantastic!”

Later that day Trump calls his Chief of Staff and tells him about the offer of 50 Brazilian soldiers.

Trump says, “Yes, but remind me again, how many is a ‘Brazilian?’” 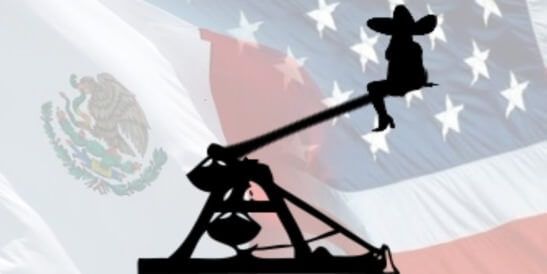 Trump walks out of the bathroom in a towel. Looks at Melania. "You ready for some orange juice?"
- Grover ‏@XGroverX

He was like a T-Rex in bed. Wild, insatiable . . . and completely incapable of undoing her bra with his tiny little hands.
- 50 Shades Of Orange ‏@50OrangeShades

A group of confused and misguided businessmen with a frightening amount of power should be referred to as a Trump.
- Ashley Crem ‏@ashleycrem

I have a cousin in Georgia who took time out from dying of cancer to berate me on Facebook for not supporting Trump. #TheNewNormal
- Randy Smith ‏@Thing_Finder

I'm in rural Mississippi for Thanksgiving. People own lots of guns. Suddenly, over venison chili, I voted for Trump.
- Randy Smith ‏@Thing_Finder

It’s Tax Day. Of course Stormy Daniels did her taxes. I thought this was interesting: She listed her hush money from Donald Trump under ‘gross income.’
- Jimmy Fallon

I can only imagine how proud stupid people are to have a stupid president.
- Just Bill @WilliamAder

Some great news for Donald Trump: Between the constant firings in the White House, the porn-star scandal and the Russia investigation, he was able to write off this entire year as a total loss.
- James Corden

The president is said to be furious about James Comey's book, because it combines the two things he hates most: criticism and reading.
- Jimmy Kimmel, on “A Higher Loyalty”

Trump always seems like someone who walked out of a Vegas steam bath in 1959.
- Maureen Dowd

Triple Crown Winner Justify turned down an invitation to White House. Asked why, he said, “If I wanted to see a horse’s ass, I would’ve finished second.”
- Allen Wallace @allenwallace

Trump just tweeted that flag burning should be punishable by jail time, and also defrauding students should be rewarded with pie.
- waitwait ‏@waitwait

If burning a flag gets you a year in jail, what's the penalty for this?
- Guy Endore-Kaiser ‏@GuyEndoreKaiser

A 3rd grade teacher in Indiana asked her kids if they knew who Donald Trump was. The kids all raised their hands.

Then she asked them if they liked Donald Trump. The kids all raised their hands except for little Johnny.

“Johnny,” said the teacher, “I see you’ve got your own opinion as usual. Tell us why you don’t like Donald Trump.”

“Because I’m a Liberal,” said Johnny.

“And why are you a Liberal?” asked the teacher.

“Well if your mom was a moron and your dad was an idiot, what would that make you?” asked the teacher.

Johnny said, “That would make me a person who voted for Trump.” 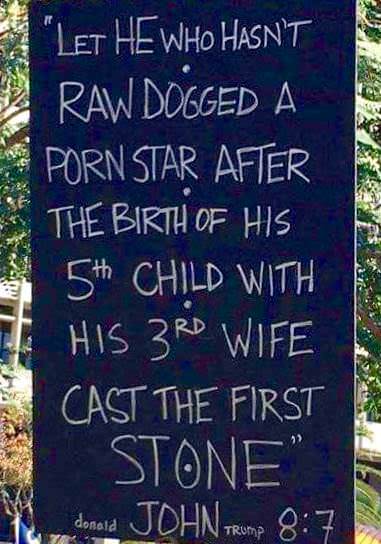 Or go back to "Jokes and Quotes: Sex, Politics, and Religion"