Valentines jokes that’ll ease your freeze if you got no squeeze. Funny Valentines Day quotes that’ll help you seize the day of cupid with humor.

Leave your own Valentine Humor in the Comment box.

I got a Valentine's Day card from my girl. It said, 'Take my heart! Take my arms! Take my lips!' Which is just like her. Keeping the best part for herself.
- Robert Orben

On this Valentine’s Day I’d just like to say I wouldn’t trade you for anything. (Of course, nobody’s made an offer…)
- Melanie White

Hallmark is coming out with a new card for guys who forget Valentine’s Day. The card is small and gold and maxes out at ten grand.
- Craig Kilborn

I wanted to make it really special on Valentine's Day, so I tied my boyfriend up. And for three solid hours I watched whatever I wanted on TV.
- Tracy Smith

How appropriate for my love life that this year Valentines Day falls on Ash Wednesday.
- John Lyons

It’s important to tell everyone you think Valentine’s Day is just a dumb, made up holiday. As opposed to all of the other holidays, found naturally occurring in the wild.
- MehGyver @AndrewNadeau0

Valentines Day Candy. Ask yourself: is it worth the weight?
- Anonymous

Seriously? A Valentine’s Day present? You still haven’t used the mop I got you for Christmas!
- Rick Aaron @RickAaron

I don't understand why Cupid was chosen to represent Valentines Day. When I think about romance, the last thing on my mind is a short, chubby toddler coming at me with a medieval weapon.
- Anonymous

Stopping to pick up some flowers for my wife on the way home from work. “Siri, Find closest cemetery.”
- Rick Aaron @RickAaron 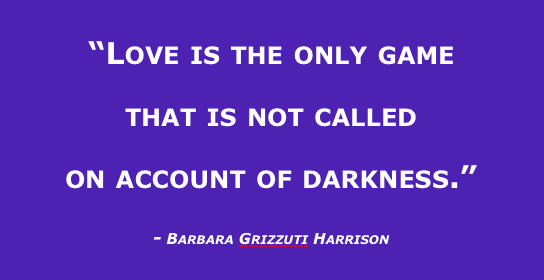 The Super Bowl is man's way of balancing out Valentine's Day.
- Jason Love

Valentine’s Day is when a lot of married people are reminded what poor aim Cupid has.
- Anonymous

Valentines Day: the holiday that reminds you that if you don't have a special someone, you're alone.
- Lewis Black

Valentine’s Day idea: go bar hopping and fake a proposal in each place so people buy us drinks all night and we get drunk for free
- hayden hintz @haydenhintz

Today is Valentine's Day - or, as men like to call it, Extortion Day.
- Jay Leno

I saved $200 on Valentine’s Day by being unlovable.
- John Lyon @JohnLyonTweets

I’d kiss a frog even if there was no promise of a Prince Charming popping out of it. I love frogs.
- Cameron Diaz

Fellas, no matter what you hear on the radio over a million times this week, roses dipped in gold are not a good Valentine's Day gift.
- Guy Endore-Kaiser

Once again, my Valentine's Eve caroling was not well-received by the neighbors.
- Just Bill @WilliamAder

Men: You WILL submit to the Valentine's Day Industrial Complex.
- Dave Barry @rayadverb

A Married Valentines Poem:  Roses are red  And ready for plucking  When I get home  We'll be doing something romantic cuz you deserve it honey.
- Aristotles @AristotlesNZ

I don’t think my wife realizes that the FREE SEX coupons I gave her last Valentine’s Day are about to expire.
- Chad Read @squirrel74wkgn

This probably goes without saying but:
Roses are red
Puppies love hugs
I'm gonna do you
Like Lohan does drugs
would be a terrible Valentine card.
- prontopup @prontopup

Remember, nothing says "I Love you" on Valentine's Day like a Weasel in a Sack™ from Lyon's Weasel Farms. [Not responsible for injuries.]
- John Lyon @JohnLyonTweets

If only they did Valentines cards that said 'You're good for a year' with a countdown clock on the front.
- Daniel Sloss @Daniel_Sloss

My wife doesn't want to go to Hooters for Valentine's Day, so it looks like it will just be me.
- Just Bill @WilliamAder

He loved his girlfriend. She was like the square root of minus one - mysterious, sought after by millions…..and imaginary.
- 50 Nerds of Grey @50NerdsofGrey

If you stand quietly and close your eyes in the greeting card aisle the day before Valentine’s Day, you can hear the sound of pure desperation.
- Charles Lake @mesealake

Her: Do you have a date for Valentine's Day?
Me: I do. It's February 14th.
- Just Bill @WilliamAder

Valentines Day Excuse #11:
“Sorry I forgot, Honey. I was using the Mayan calendar.”

Valentine’s Day, remember: the only truly painless way out of a relationship is to be the first to die.
- from a cartoon by BizarroComics.com

Valentines Day money-saving tip: break up on February 13th, get back together on the 15th.
- David Letterman

Or back from "Valentines Jokes" to "Anniversary Jokes"

Or  back to the Home Page: "Funny Jokes, Funny Quotes, Funny Sayings"