Graduation jokes for greeting folks with wry in your eye, a quip on your lip, and a humor attitude, dude. Spread the joy, girls and boys. Your life is way too important to be taken seriously! 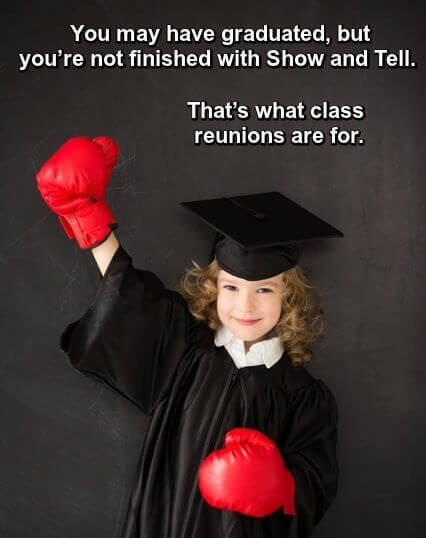 One good thing about graduation is that you get to wear a funny hat that makes your brain look larger than it actually is.

After twelve years of carrying books to school, you're well prepared for a career in backpacking.

When my daughter asked me what to buy her friends for graduation presents. I suggested morning-after pills and bus passes.

You have committed the grave tactical blunder of acquiring enough university credits to graduate. So now you’re leaving college and embarking on the greatest adventure - and the biggest challenge - of your young lives: moving back in with your parents.
- Dave Barry

If you majored in fine arts or philosophy, you have good reason to be worried. The only place you are now really qualified to get a job is in Ancient Greece.
- Conan O’Brien

Your families are extremely proud of you. You can't imagine the sense of relief they are experiencing. This would be a most opportune time to ask for money.
- Gary Bolding

I think I proved something very important at graduation: that I could walk and chew gum at the same time.
- Melanie White

I didn’t graduate with honors. I was honored just to graduate.
- Melanie White

Graduation was the first time that the school actually gave me something I wanted to read.
- Melanie White

I spent my time during graduation pretty much the same way I spent it in class: sleeping.
- Melanie White

My son just graduated from high school and got accepted into college without, so far as I could see, ever getting out of bed in the daytime.
- Bruce Cameron

My son just graduated from college. My friends asked me what he majored in. I told them he was studying to be an astronaut: he took up space.
- Submitted by Dennis Brodsky

It’s tough out there, but if you take your education and apply yourselves, you will eventually succeed in finding.....an unpaid internship!
- Dan Wasserman

You may have graduated, but you’re not finished with Show and Tell. That’s what class reunions are for.
- Melanie White

On the one hand, in Jefferson’s public life as a founding father, we often see him as the embodiment of the white male patriarchy. But in his private life, he was known for, shall we say, embracing diversity — very affirmative in his actions. ... You graduates are his intellectual heirs. In fact, some of you may be his actual heirs — we’re still testing the DNA.
- Stephen Colbert

Graduation Jokes:
The Road Ahead

Having just graduated from Yale, a young man is fired up to meet his best friend for lunch and map out their futures.

He opens his Uber app and calls for a ride.

The car shows up, the young man hops in, and the driver says, “Nice day. How you doin’?”

The graduate replies, “I just got my diploma from Columbia. I’m off to go conquer the world.”

Graduation day is tough for adults. They go to the ceremony as parents. They come home as contemporaries. After twenty-two years of child-raising, they are unemployed.
- Erma Bombeck

A 21-year-old is hired by a hardware store. He shows up for his first day of work at 8 AM sharp.

The boss welcomes him, then hands him a broom. “First, sweep out the store. Then I’ll show you where the window cleaning equipment is.”

“Sir,” the young man protests. “You can’t be serious. I’m a college graduate.”

“Oh, sorry,” says the manager, pointing to the broom. “No problem. I can show you how that thing works.”

Or go back from "Graduation Jokes" to "Anniversary Jokes"