Some favorite funny sex jokes. Whether you're getting any or not, you'll get some laughs from these funny sex stories.

Best Sex Jokes:
In The Park Down Under 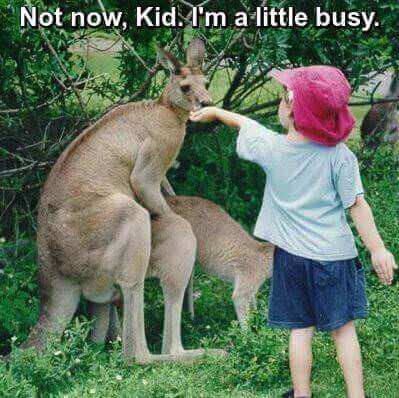 10) You’re always gonna get at least a little something in the sack.
9) If you’re tired after the first round, you can wait a few minutes and go again.
8) The uglier you are, the easier it is to get some.
7) You don't have to waste time complimenting whoever gives it to you.
6) It's cool when your partner fantasizes you're somebody else, because you are.
5) In fifty years you'll still get off on candy.
4) If you don't like what you're getting here, you can always go next door.
3) No problem if the kids hear you groaning and moaning.
2) Less guilt the next day.
1) You can do the whole neighborhood.

Little Tommy goes to his mom and asks, “Mom, can I take the dog for a walk?”

Tommy finds his dad in the garage. He says, “Dad, I wanna take Daisy for a walk but mom says she’s in heat and to ask you.”

Tommy’s dad thinks for a minute, then says, “Bring Daisy over here.”

His dad pours some gasoline on a towel and rubs it all over Daisy’s hindquarters to mask the scent.

Then he says, “Okay, you can take her to the end of the block and back, but that’s all. Don’t stop, and come right back.”

Ten minutes later Tommy is back, but without Daisy.

“Where’s the dog?” his father asks.

“Well, when we got to the end of the block Daisy ran out of gas, so another dog is pushing her home.”

God came to Adam and said he had good news and bad news. Adam said, “Give me the good news first.”

God said, “I’m giving you two new organs. The first one is the brain. It will allow you to be intelligent, create new things, and have interesting conversations with Eve. The second organ is called the penis. It will allow you to reproduce your now intelligent life form and populate this planet. Eve will be very happy that you now have this organ and can give her children.”

“Sounds great! So what could possibly be bad news after that?” Adam asked.

God said,” I can only give you enough blood to operate one of these at a time.”

A husband’s new wife really wants to go on a cruise for their honeymoon. The husband agrees, even though he tends to get horribly seasick on the water.

So the day before the wedding, he goes to a drugstore. He gets a jumbo pack of condoms, and the largest bottle of dramamine in the store.

At the checkout counter, the cashier looks at his condoms and dramamine and asks, “If it makes you so sick, why do you do it?”

Smile - You're On Candid Camera! 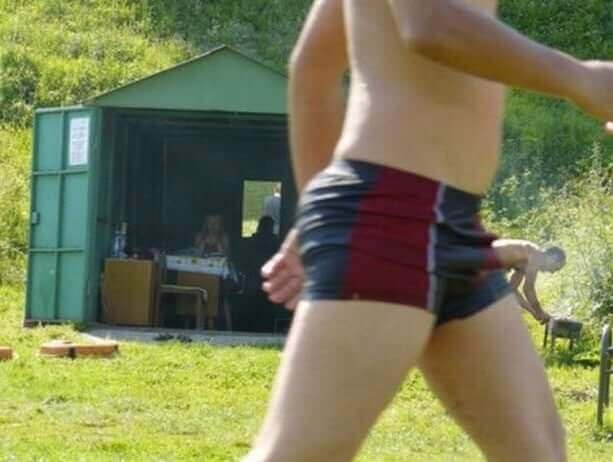 A university professor was preparing her students for the next day’s final:

“Other than a life-or-death emergency involving you or your family, you must be here tomorrow at take this test. Your grade depends on it. No excuses!”

One wise guy in the back asked, “But what if I’m suffering from severe sexual exhaustion?”

After the laughter died down, the professor looked at him and said, “In that case, you’ll just have to take the test with your other hand.”

Funny Sex Jokes:
Who Ties Up Who?

Hey - I don’t speak Welsh, either. But evidently I’ll read anything if it’s about sex. 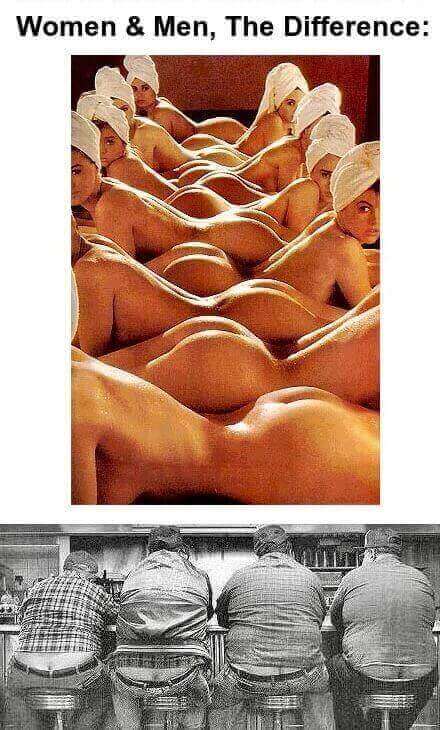 Funny Sex Stories:
One Day at the Immigration Office

Or go back to "Jokes and Quotes: Sex, Politics, and Religion"