These funny dating jokes will hook you up with some hot laughs. Whether you got a lot or not (dates), you'll get some grins.

My meds don’t interact with you very well.

You’re a sweet, smart, sensitive guy. I just don’t have room in my life for that right now.

I need to date someone who doesn't communicate with me by rumor.

True Breakup Line:
My ex-boyfriend who I was in love with but wouldn’t marry me is now sick and probably dying and wants me back and I can't say no.

A man on a date wonders if he’ll get lucky. A woman already knows.
- Monica Piper

Watching your daughter being collected by her date feels like handing over a million dollar Stradivarius to a gorilla.
- Jim Bishop

I love to shop after a bad relationship. I don't know. I buy a new outfit and it makes me feel better. It just does. Sometimes I see a really great outfit, I'll break up with someone on purpose.
- Rita Rudner

Cupid gets a lot of credit for catalyzing true love, which overshadows his brother, Stupid, the god of ill-advised, drunken hook-ups.
- Ruminations.com

I know that somewhere in the Universe exists my perfect soulmate -- but looking for her is much more difficult than just staying at home and ordering another pizza.
- Alf Whit

On your first date with a guy, never give him a list of mistakes by your previous boyfriends to take home and study.
- Stephanie Piro (in a cartoon)

That tingly feeling you get when you meet someone you’re really attracted to?
That’s common sense leaving your body. 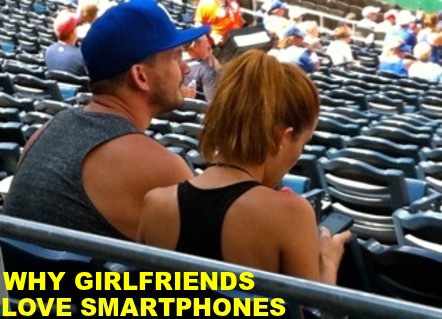 One hot summer night in 1960, Steve had his first date with Susie.

He went to pick her up and her mom answered the door. She invited him in, and asked him what they planned to do on their date.

Steve replied that they’d probably see a movie then get a burger.

Her mom said, “Yes, she loves it. She could probably screw all night.”

“Okay, thanks!” replied Steve, mentally rearranging his plans for the night.

A few minutes later Susie came downstairs and they left on their date.

About a half hour later Susie came running back in the house, her clothes disheveled, and yelled:

“Mom, it’s called the TWIST! The name of the goddamn dance is the TWIST!” 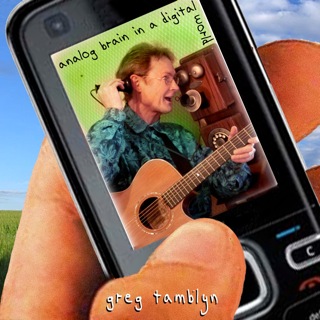 (Opens in new window, at my entertainment site. - Greg)

One day a perfect man and a perfect woman went out on a date. They had planned a perfect evening.

They wore their perfect clothes and drove a perfect car, and after a while they passed a stranger in distress.

The stranger turned out to be Santa Claus, stranded with a bag of toys. They offered him a lift and started driving again.

Soon the weather got bad, driving conditions got nasty, and they had a bad accident. Only one of them survived.

It was the perfect woman. Everybody knows that Santa Claus and a perfect man are just imaginary creations that don’t exit.

If the perfect man and Santa Claus don’t exist, then the woman must have been driving. This explains the accident.

If you’re a woman and still reading this, it only proves another point: Women never listen!

The first woman says she’s not seeing anyone special.

The second woman says she’s very excited about a guy she’s been dating for a month.

“Last night we went out for dinner, and afterward he said those 4 words I’ve been waiting all my life to hear from a man.”

“Will you marry me?”

I'm dating a woman now who, evidently, is unaware of it.
- Garry Shandling

I don't have a girlfriend. But I do know a woman who'd be mad at me for saying that.
- Mitch Hedberg

Of course I care about how you imagined I thought you perceived how I wanted you to feel.
- From a cartoon by Bruce Eric Kaplan

I'm tweeting to tell you I sent you an email explaining my voicemail about the note saying I'm leaving you because we don't talk anymore.
- Kelkulus ‏@kelkulus

Honesty is the key to a relationship. If you can fake that, you're in.
- Rich Jeni

When is it appropriate for a man to ask, “Where is this relationship going?”
When he’s been captured by pirates, and “Relationship” is the name of their ship.
- Bud Light commercial

Language experts have now determined that the first complete sentence all little girls learn is “Can we still be friends?”

In my 20s someone told me that each person has not one but 30 soul mates walking the earth. “Yes,” said a colleague, when I informed him of this, “and I’m trying to sleep with all of them.”
- Pamela Druckerman

Fancy nights out for girls are ten minutes of pure enjoyment followed by like four hours of bitching about their feet hurting in heels.
- Brandon McCarthy

The time you spend grieving over a man should never exceed the amount of time you actually spent with him.
- Rita Rudner

A first date gives you only an imperfect snapshot of who a person really is. Her real self—her hopes and dreams, her fears and sorrows—will start to emerge, like a beautiful mosaic, on the second date. I hope to have one someday.
- Andy Borowitz

I dated a guy several times and he was always interrupting me. When my friends asked me what he was like, I said he suffers from premature interjection.
- submitted by JokeQuote reader Liz

[first date]
Him: So what do you do?
Her: I'm a meteorologist.
Him: Cool. I love meat.
- The Monstrous Mr. Fitz @UnFitz

Go back from "Funny Dating Jokes" to "Priceless Humor"