Clean short funny jokes that won’t fog your brain or clog your drain. Use ‘em anywhere. Rip off a zinger, make your exit, leave ‘em laughing. A day without a short clean joke is like a day without food.

My wife asked, “What are you doing today?”

She said, “You did that yesterday.” 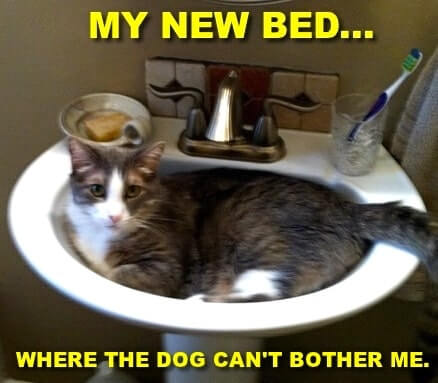 An elderly man lay dying in bed, at home in his upstairs bedroom. He'd been in and out of consciousness for days, but on this afternoon he awoke to the aroma of his favorite cookies.

At first he thought it was a dream, but soon he realized that the aroma was real. The smell was so tantalizing, and brought back so many happy memories, he knew he just had to have one more cookie before he left this earth.

With all the strength he could muster, he slid out of bed onto the floor. With extreme effort he managed to crawl to the top of the stairs.

Somehow, he miraculously descended the stairs backward on his hands and knees till he reached the bottom.

He crawled around the corner into the kitchen, where he saw his wife at the counter with her back to him. And there, on the little table in the middle of the kitchen was a steaming tray of his favorite cookies, fresh out of the oven.

The wonderful smell was overpowering, and made him so happy. He crawled over to the table and with every ounce of strength left in his body, he reached up for one last cookie.

As he was just about to pick one up, his wife turned and whacked him on the knuckles with a spatula.

"They're for the funeral." 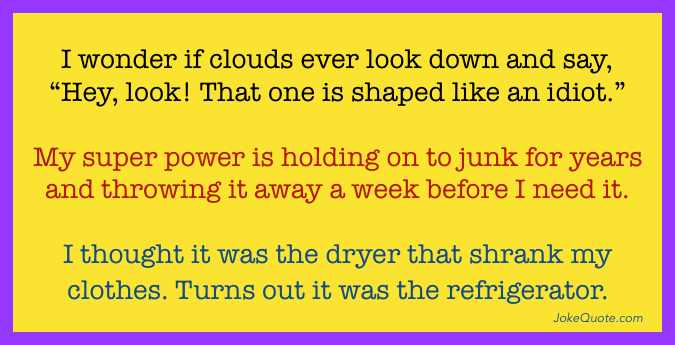 Billy Bob walked into a doctor's office and the receptionist asked him what he had. Billy Bob said, “Shingles.”

So she took his personal and insurance info and told him to have a seat. Fifteen minutes later a nurse's aide came out and asked Billy Bob what he had. Billy Bob said, “Shingles.”

So she took his vitals and a short medical record and told Billy Bob to wait on the exam table. A half hour later a nurse entered and asked Billy Bob what he had. Billy Bob said, “Shingles.”

So the nurse gave Billy Bob a series of medical tests, and told Billy Bob to take off all his clothes, the doctor would be in shortly.

An hour later the doc showed up and asked Billy Bob what he had. Billy Bob said, “Shingles.”The doc asked, “Where?”

Billy Bob said, “Out front on the flatbed. Where do you want me to put ‘em?”

Barbara Walters of ABC Television had done a report on gender roles in Afghanistan a few years before the Afghan war. The camera showed how the women's custom was to always walk five paces behind their husbands.

Having recently returned after the liberation of Kabul, Ms. Walters was suprised to learn that Afghan women still walk behind their husbands, only now it seemed they walked even further behind than perviously.

Ms. Walters interviewed one of the Afghani women and inquired, “Why do you now seem happy with an old custom that you once tried so desperately to change?”

The woman didn't bat an eyelash and answered, “Land Mines.”

A passenger in a taxi had a question for the driver, and tapped him on the shoulder to get his attention.

The driver let out a scream, threw his hands in the air, hit the steering wheel with his legs, swerved into the next lane, almost collided with a dumptruck, jumped the median, and plowed across three lanes of oncoming traffic just missing being smashed by a bus.

For a minute everything was deadly silent in the cab. Then the driver spoke up.

"Please, I beg you, don't do that again. You nearly scared me to kingdom come."

The passenger, also scared out of his wits, said he was very sorry, and didn't realize a tap on the shoulder could cause so much panic.

The driver explained, "it's really not your fault. I'm the one who should apologize. It's just that today is my very first day driving a cab, and for the last 20 years I've been driving a hearse." 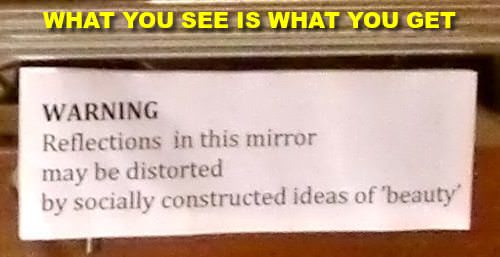 Looking for a willing partner, any sex or ethnicity. I'm a gorgeous, fun-loving girl who lives to play and make you happy. Let's go for a romp in the woods or a picnic in the park. Let's cruise in your convertible with the top down and then go skinny-dipping. I love the outdoors in any weather, and winter nights cuddled up on the sofa. Good food is a total turn on. Stroke me and see how I respond. I'll be waiting whenever you come home, with nothing but bells on.

Callers found themselves talking to the local animal shelter about a golden retriever puppy.

Or go back to "Clean Funny Jokes: All Flavors"