Independence Day Jokes: cheaper than a cherry bomb, and more bang for your buck. Fireworks for your Funnybone - Freedom from Seriousity - Big Fun on the 4th! 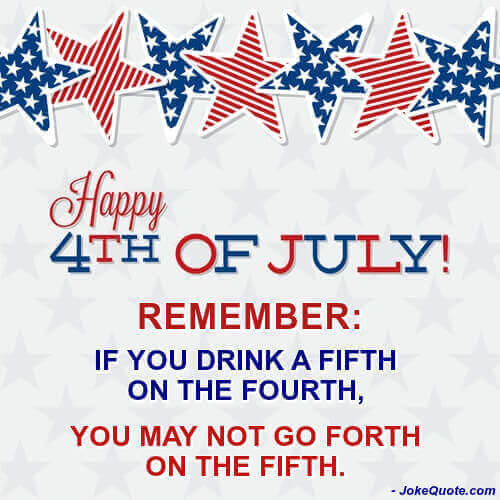 I like Independence Day. It’s the one night a year when I can promise my husband fireworks.
- Melanie White

In England, the Declaration of Independence is known as "old junk mail."
- Damon Hunzeker ‏@DamonHunzeker

Tomorrow is Independence Day in the USA, or as we call it in Canada, Thursday.
- Sala Who? ‏@salmarch79

So, on July 4th, one of the hottest days of the year, we're all going to sit outside of our air-conditioned homes and cook over a fire?
- Just Bill ‏@WilliamAder

I always forget it's America's birthday since I’m not friends with it on facebook.
- Leon from Mathclass ‏@LeonEarlgrey

Happy 4th of July! I hope you take this time to celebrate one of the most important things about being an American: 3-day weekends.
- Ellen DeGeneres ‏

I brought a sparkler to a Roman candle fight.
- tim donakowski ‏@timdonakowski

A man died after lighting fireworks off the top of his head. Medical attention was delayed because everyone was looking up.
- Brian Hope ‏@Brianhopecomedy

July 4th is to pyromaniacs what Thanksgiving is to overeaters.
- Melanie White

Really hoping to get my organic watermelon off layaway at Whole Foods before the Fourth of July this year,
- AmishPornStar ‏@AmishPornStar1

Made a deal with my girlfriend. I won’t blow money on fireworks this year if she doesn’t make tomato aspic.
- Greg Tamblyn

It’s important to remember why we celebrate July 4th – because they let us off work.
- Melanie White 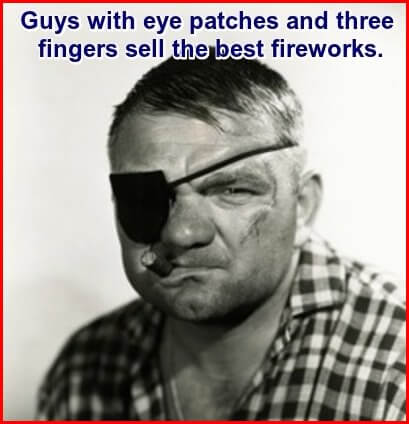 Every July 4th I wish I could declare my independence from my mother.
- Melanie White

Why is there so much pressure to spend Independence Day with other people?
- Betsy Salkind

I always get confused—what time do the July 4th fireworks start in Australia?
- Andry H'Tims ‏@Thing_Finder

When you’re married, the fireworks can last all year long.
- Melanie White

I'm in line at a fireworks stand. Nothing says America like wooden shacks, fireworks, and cheap child labor.
- KangaRufio ‏@KangaRufio

I love that moment in David McCullough's book when Jefferson says to Adams, "Let's get a 6-pack and blow some shit up."
- Jeff Tamblyn

Setting off fireworks on July 6th is a great way to let neighbors know you're at least twenty thousand dollars in debt.
- Damien Fahey ‏@DamienFahey

My tongue is red, white and blue because I was eating a Papa Smurf popsicle.
- Ellen DeGeneres ‏

You have to love a nation that celebrates its independence day every July 4, not with a show of strength and muscle, but with family picnics where kids throw Frisbees, the potato salad gets iffy, and the flies die from happiness. You may think you have overeaten, but it is patriotism.
- Erma Bombeck

The best thing about July 4th is you don’t have to buy people stuff that they don’t like and will never use.
- Melanie White

Celebrate the birth of our nation, just as Americans have been doing ever since that historic first July Fourth when our Founding Fathers - George Washington, Benjamin Franklin, Thomas Jefferson, Bob Dole and Tony Bennett - landed on Plymouth Rock.
- Dave Barry

A traditional Fourth of July picnic means a menu of hot dogs charred into cylinders of industrial-grade carbon, and hamburgers so undercooked that when people try to eat them, they leap off the plate and frolic on the lawn like otters.
- Dave Barry 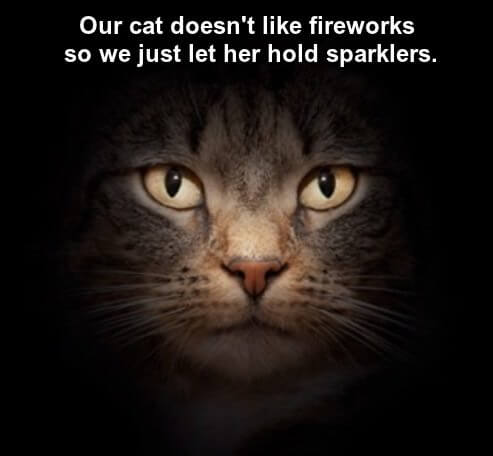 I just saved a bunch of money on fireworks by telling my wife to calm down.
- Freudian Scripts™‏ @Freudianscript

There’s no room for my dog to go under the bed to hide from fireworks because I’m already under here hiding from my children.
- Kent Graham‏ @KentWGraham

Parenting tip: Never let your kids play with fireworks! Unless they are sparklers. Blazing hot fire at the end of a stick. Totally fine.
- Abe Yospe‏ @Cheeseboy22

I was going to buy fireworks for the kids but I decided to light a $100 bill on fire instead.
- Lady Lawya‏ @Parkerlawyer

Thank goodness our forefathers decided to declare independence Day on July 4th. Otherwise, we wouldn’t have a holiday all summer.
- Melanie White

Go back from "Independence Day Jokes" to "Anniversary Jokes"