The best funny animal quotes from the funniest people on the planet. Howl. Bark. Roar. Feed your inner beast. Then go pet something soft. 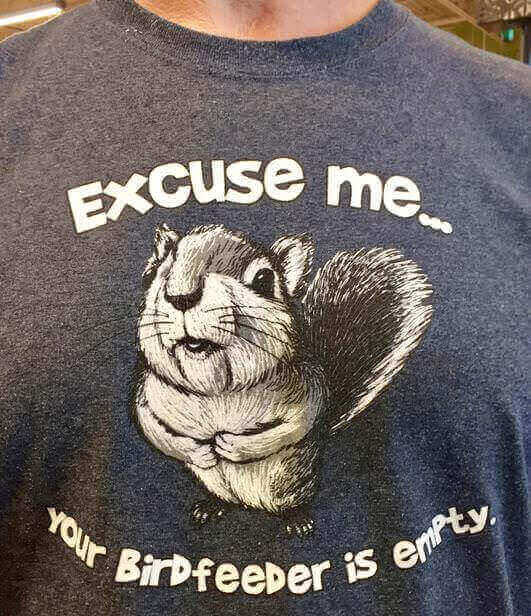 Fine, sure, go ahead. Weird, but I like it.
- Conan O’Brien, on God green-lighting the Armadillo

A couple of rabbits were being chased by a coyote. They stopped in a haystack, and one rabbit said to the other, “We gonna make a run for it, or stay here and outnumber them?”
- Red Skelton

Dolphins are really smart. Within a couple of weeks of captivity they can train people to stand by a pool and give them fish.
- Unknown Author

God in his wisdom made the fly
And then forgot to tell us why.
- Ogden Nash

Saw a chameleon today so I'm assuming it wasn't a very good one.
- Unknown Author

You know why fish are so thin? They eat fish.
- Jerry Seinfeld

Size isn’t everything. The whale is endangered, while the ant continues to do just fine.
- Bill Vaughan

I found a snake in my yard. I got a shovel and whacked the hell out of it.
I didn’t have cable for a week.
- Charlie Viracola

If you’re a zebra being chased by a lion, maybe just stop in front of a giant bar code?
- Guy Endore-Kaiser

I find that ducks’ opinion of me is greatly influenced by whether I have bread.
- Mitch Hedberg

Giant pandas eat constantly, poop 40 times a day and don't have a lot of sex...I've never felt such a connection to an animal.
- Renee Hooray ‏@ReneeHooray

What does a snail say when he rides on the back of a turtle?
“Whee!”
- Will Durst

We’ve all done this, because we’re so mature. You see a cow on the side of the road, stick your head out the window and go, “Mooooo!”  Like we expect the cow to think, “Hey, there’s another cow, driving that car! How can he afford that?”
- Garry Shandling

In LA we get coyotes in our garbage cans. Coyotes are just like my relatives.  They go out in pairs, they whine at night, and they go anywhere there’s food.
- Billy Crystal

I admit opening an alligator petting zoo was not the best idea, but I told the kids to be careful so there's plenty of blame to go around.
- John Lyon ‏@JohnLyonTweets

If I'm ever being chased by a giraffe I'm gonna run into a place with low ceiling fans. Sorry, giraffe, but I gotta do what's best for me.
- AmberTozer ‏@AmberTozer

When gorillas are sleeping, you can hide a bunch of raisins in their fur, and then they’ll have an exciting treat the next day.
- Guy Endore Kaiser

I take my pet lion to church every Sunday. He has to eat.
- Marty Pollio

What did the doe say when she came out of the woods?
Boy, I'll never do that again for two bucks.
- Unknown Author 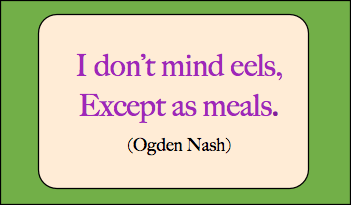 I don't put as much thought into anything as my dog does into which particular patch of grass he's going to poop on.
- prontopup ‏@prontopup

My friend was attacked by a duck. I yelled "duck!" to warn him, but it just made it worse.
- Kelkulus ‏@kelkulus

The more excited the rooster gets, the higher his voice goes. He's got a little bit of a Barney Fife quality to him.
- Jeff Foxworthy

Anytime you see a turtle up on top of a fence post, you know he had some help.
- Alex Haley

Noise proves nothing. Often a hen who has merely laid an egg cackles as if she laid an asteroid.
- Mark Twain

No animal should ever jump up on the dining-room furniture unless absolutely certain that he can hold his own in the conversation.
- Fran Lebowitz

One morning I shot an elephant in my pajamas. How he got into my pajamas I'll never know.
- Groucho Marx 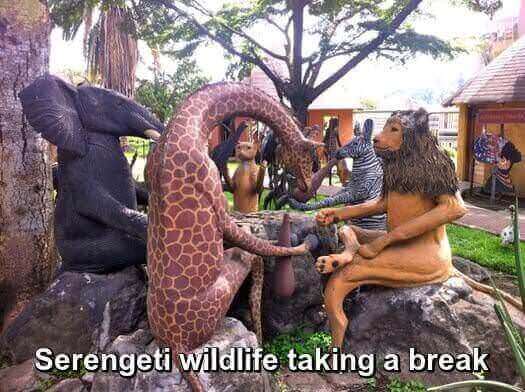 The only reason a great many American families don't own an elephant is that they have never been offered an elephant for a dollar down and easy weekly payments.
- Mad Magazine

A seal walks into a bar.
Bartender asks, "What's your pleasure?"
The seal replies, "Anything but Canadian Club.”
- iphilgood ‏@stigma_phil

A hen is just an egg's way of making another egg.
- Weird Science ‏@weird_sci

Animals may be our friends, but they won’t pick you up at the airport.
- Bobcat Goldthwait

There are no green mammals.
- Weird Science ‏@weird_sci

Go back to "Really Funny Jokes"