American football jokes that score. Three yards and a cloud of laughs. No Hail Marys, no longshots, just gut-busters right up the middle. Touchdown! 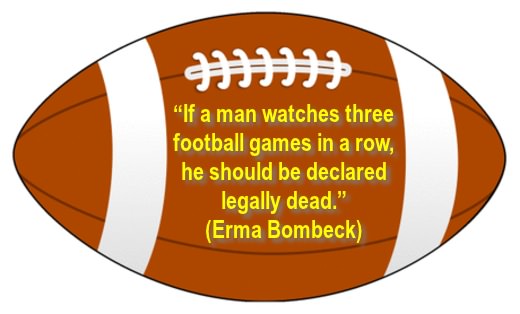 The qualifications for a lineman are to be big and dumb. To be a back, you only have to be dumb.
-Knute Rockne

Kinda feel bad for Tim Tebow. Did a lot in Denver. But sometimes you just have to sacrifice a virgin.
- Rick Reilly

I give the same halftime speech over and over. It works best when my players are better than the other coach’s players.
- Chuck Mills

He’s not a compassionate person at all, from what I understand. And that makes me want to just pummel somebody.
- Emmitt Smith, on Redskins owner Daniel Snyder

Football is easy if you’re crazy as hell.
- Bo Jackson

The Coach of the Detroit Lions had put together the perfect football team. But then his quarterback got blindsided and was out for the season with a knee injury.

Then his backup went down with a concussion. He tried the trading route, free agents, but nobody any good was available.

One evening while watching the news from Iraq, he saw a young Iraqi soldier with an amazing arm. The soldier rifled a grenade on a perfect arc into a 4th story window from 100 yards, bam!

He tossed another directly into a tight group of 12 enemy fighters 80 yards away, ka-bam! Then a humvee passed, going 60 kph, boom! Another perfect shot!

Coach said to himself, "I got to have this guy. He's got the best arm I've ever seen!"

He tracks him down and convinces him to come to Detroit. The kid takes coaching perfectly, makes all the plays, and long story short, the Lions win the Super Bowl.

The Iraqi is now the Conquering Hero in pro football, and a huge story. But when the broadcast team tries to interview him, all he wants is to phone his mom.

"Mother," he yells over the phone, "We just won the Super Bowl!"

The young Iraqi begs, "Mom, you don't understand! Our team won the biggest game here in the U.S. Thousands of fans are screaming for me. The U.S. President is going to call me!"

"I don't care," his mother snaps. "Right now I can hear gunshots everywhere. Our block is like a ruin. Your brothers were beaten half to death last night, and your sister was nearly raped."

Then she says, "I can never forgive you for making us move to Detroit." 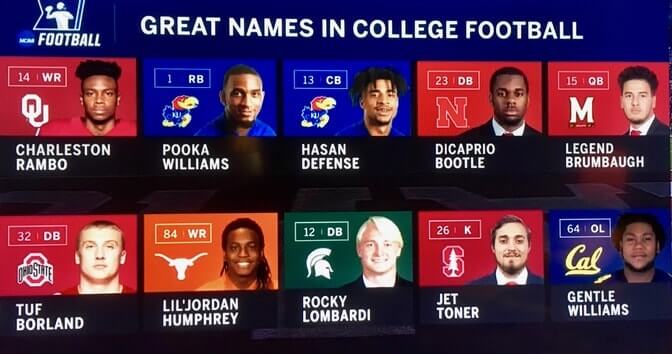 I never graduated from Iowa, but I was only there for two terms: Truman's and Eisenhower's.
- Alex Karras

When I played football, I never set out to hurt anybody deliberately unless it was, you know, important, like a league game or something.
- Dick Butkus

If you’re mad at your kid, you can either raise him to be a nose tackle or send him out to go play on the freeway. It’s about the same.
- Bob Golic

How do you know if a Georgia football player has a girlfriend?
You see tobacco juice on both sides of his F-150.

How many Alabama freshmen does it take to change a light bulb?
None. That's a sophomore course.

What do you have when you put 32 Arkansas cheerleaders together?
A full set of teeth.

How do you get an Auburn cheerleader into your dorm room?
Grease her hips and push.

How do you get a Texas A&M player off your front steps?
Pay him for the pizza.

Why is the Vanderbilt football team like a possum?
Because they play dead at home and get killed on the road.

What are the three longest years of a Mizzou football player's life?
His freshman year.

Where was O. J. headed in the white Bronco?
Lexington, Kentucky. He knew that the police would never look there for a Heisman winner.

The Ole Miss Coach is only going to dress half of his players for the game this week. The other half will have to dress themselves.

Why did Tennessee choose orange as their team color?
You can wear it to the game on Saturday, hunting on Sunday, and picking up trash along the highways the rest of the week. 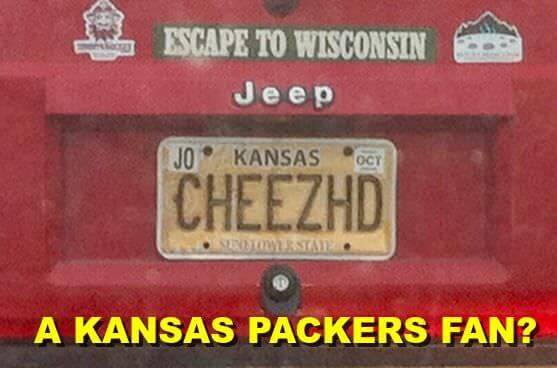 Go back from "American Football Jokes" to "Really Funny Jokes"